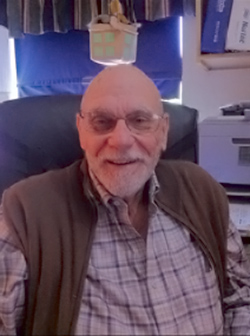 KSR Associates is sad to announce that Mr. Richard (Dick) Kraus passed away on Thursday, October 29th, 2015. While we’re saddened by this event, Dick was blessed to die at his home in Orange, CA, surrounded by his five children and several grandchildren. Dick was 82 years old and had been with Kaiser Sales / KSR Associates since 1994.

Dick led an amazing life. He was born in New York City in 1933, graduated from Duke University with a BSME in 1955, served as a Lieutenant Commander in the U.S. Navy, retired after 13 years in 1968, and then spent the next 47 years operating as a professional sales engineer in the HVAC industry. His five children, Steve, Aimee, Dave, Mary Louise and John are all accomplished musicians, educators and dedicated family men and women, residing in the Fullerton area of Orange County, CA.

Dick was well known as a true gentleman, dapper dresser and connoisseur of everything from art to Swiss watches to port wine to Mozart. We at KSR will truly miss his classy presence, kind demeanor, professionalism, and most of all, his unwavering mentorship and friendship.